The Cast Iron Modular was one of the eight 16-wide modular buildings that made up The Promenade that I displayed at BrickWorld Chicago in June 2015.  As the name suggests, it was inspired by the cast iron buildings found in New York. 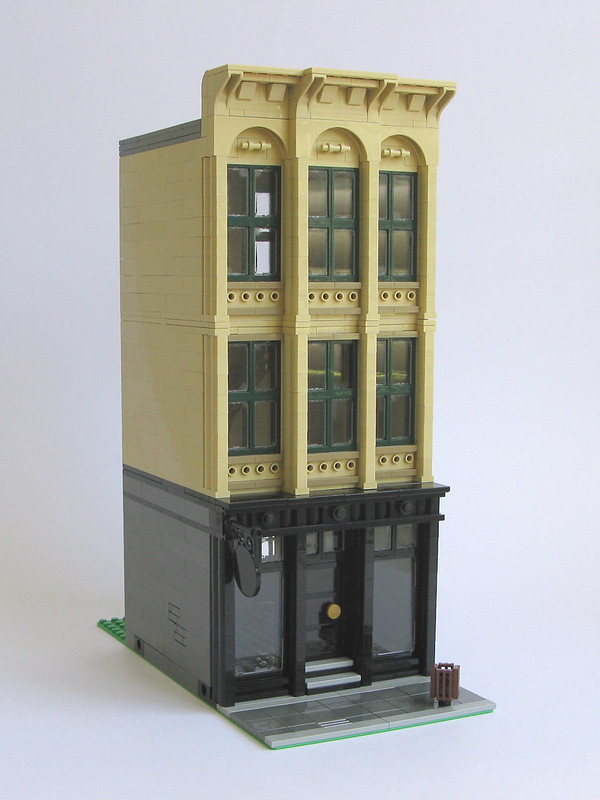 A closer look at the shop front: 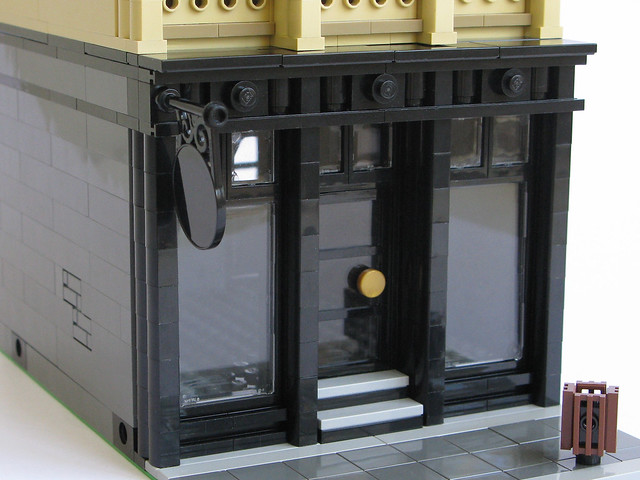 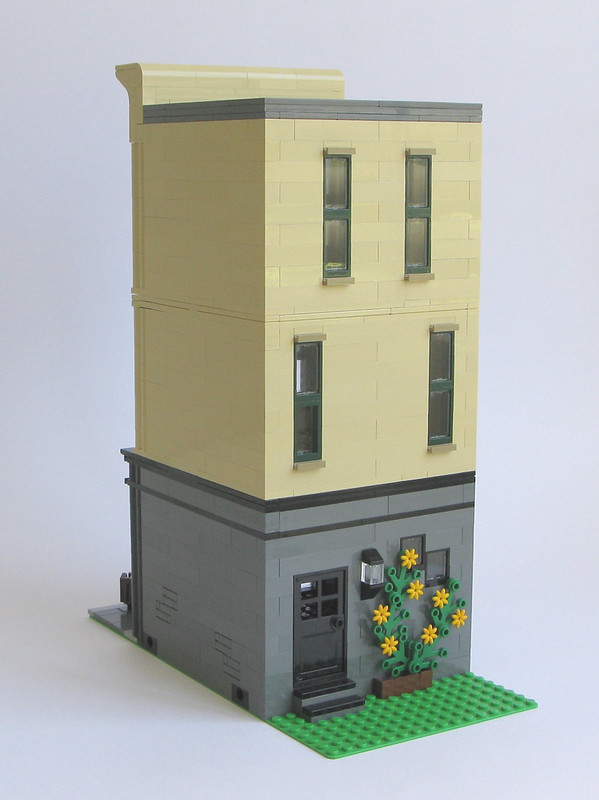 I never finished the interior for this building.  By the time I got to this point, I had built it four times – the original build, the test build for the instructions, the build at BrickWorld and the final build for the images above.  I must admit that I needed to move on!  Given that the name is always inspired by the interior (at least for me), this building also doesn’t have a proper name.

There are more images, including of the relatively bare interiors, on Flickr.